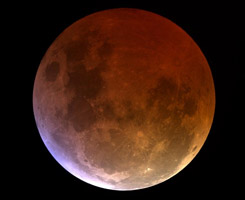 Part One: Introduction
A well-known Italian journalist commented on the current situation in the world with the following words: “In these times it is difficult to extract a single truth from reality.”

In fact, it seems true also for the many experiences of living both in personal and professional field. In our particular case, reading the constellations of this Lunar Eclipse, the challenge is being able to decode the sense of the planetary pictures, since more directions of meaning come to mind to whoever interprets them. And even contradictory meanings of the same constellations exist or co-exist.

Looking at the 90 ° DIAL graph of the first Lunar eclipse of 2018, with the traditional transiting planets, supported by the 8 Transnettunian planets, and by some significant asteroids, there is a first dilemma to give a precise meaning to what seems to be the most important constellation of the axis of the Eclipse, ie: SATURN / Asteroid KRON * (* Asteroid Kron has the same meanings as the TNp KRONOS).

Rigor and sense of responsibility in the leaders of the Earth, should be the key word. It seems that it is not so, and that a single meaning of this mid-point is not there, now that the world welcomes at the top of command, power, leadership, narcissistic / spectacular characters and imbued with self-promotion. Especially in politics, but not only there. (SATURN, which recently entered its sign, would ask for the rigor of the leadership, with the presence of experts able to verify and control the results, and if necessary make the changes in order to assume the responsibilities.) If the leaders were psychically and ethically evolved, they would put in effect all the resources of their logical and analytical brain in political, professional, artistic and relationship life. This would be an evolved SATURN.

When, as the constellations of the Lunar Eclipse show, the response to the exercise of power is aggressive, the power of SATURN / Ast.KRON itself is not in harmony with an evolved Saturn. And the risk of drifting inside the leader’s ego can become dangerous for the world’s scenarios.

Since this eclipse is the first of the year and is usually recognized in the astrological tradition as an influence that can be extended for many months, I would like to think that SATURN / KRON could change its meaning over a certain period of time. I propose at least three forecasting hypotheses:

1. Some leaders adopt rigor with a prevailing sense of responsibility and the choice of truth and realism.

2. Some leaders may leave their prestigious office on grounds of incompetence, dishonesty or manipulation of the truth.

3. Some of the old leaders will be re-evaluated. 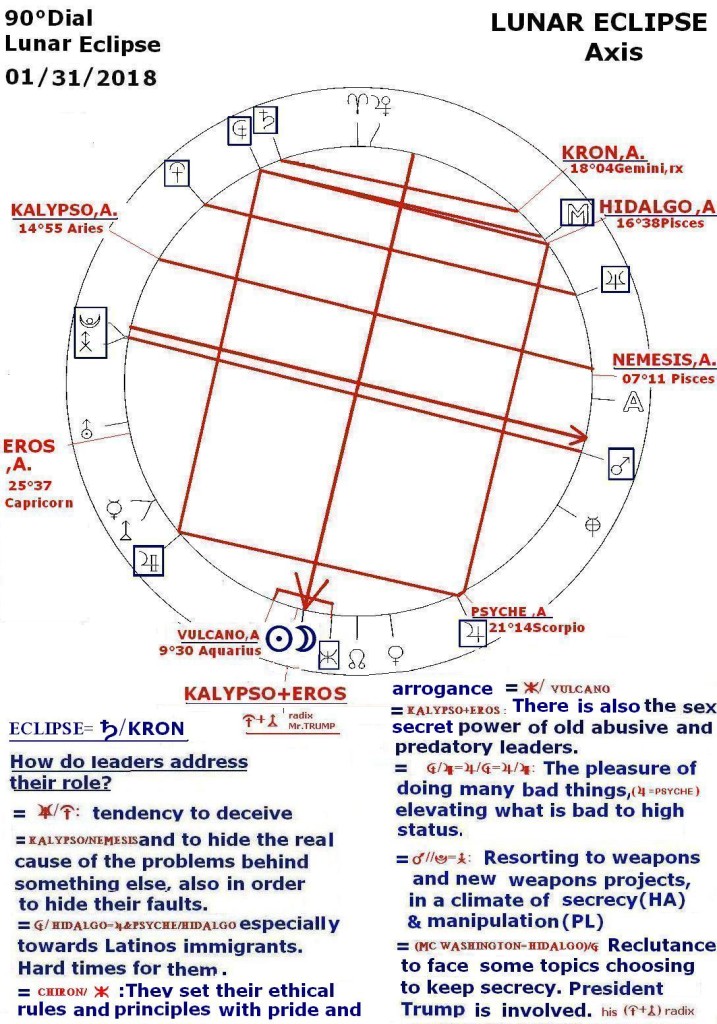 We have chosen to comment on the constellations with reference to the United States. We present two graphs, the first on the axis of the Eclipse, with the strong dominance of the planetary picture SATURN /Ast. KRON. The second, on the SATURN + Ast.KRON axis. Being in the same axis as President Trump’s SUN radix, it indicates his strong involvement in the values ​​of the eclipse. 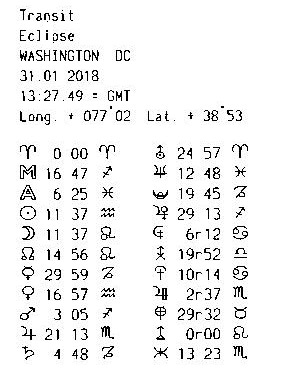 In summary, the graph n. 1 has stressed/underlined the tendency of leaders (including the US) to deceive and hide the true causes of problems, even to disguise their own mistakes. The Latinos immigrants are one of these problems and for them there are hard times. Leaders establish their rules and principles with pride and arrogance. Even with the pleasure of doing bad things while at the same time giving them a state of elevation. We resort to weapons in an atmosphere of secrecy and manipulation. On the political level, President Trump is involved. Other constellations point out that old men of power are abusers and sexual predators. 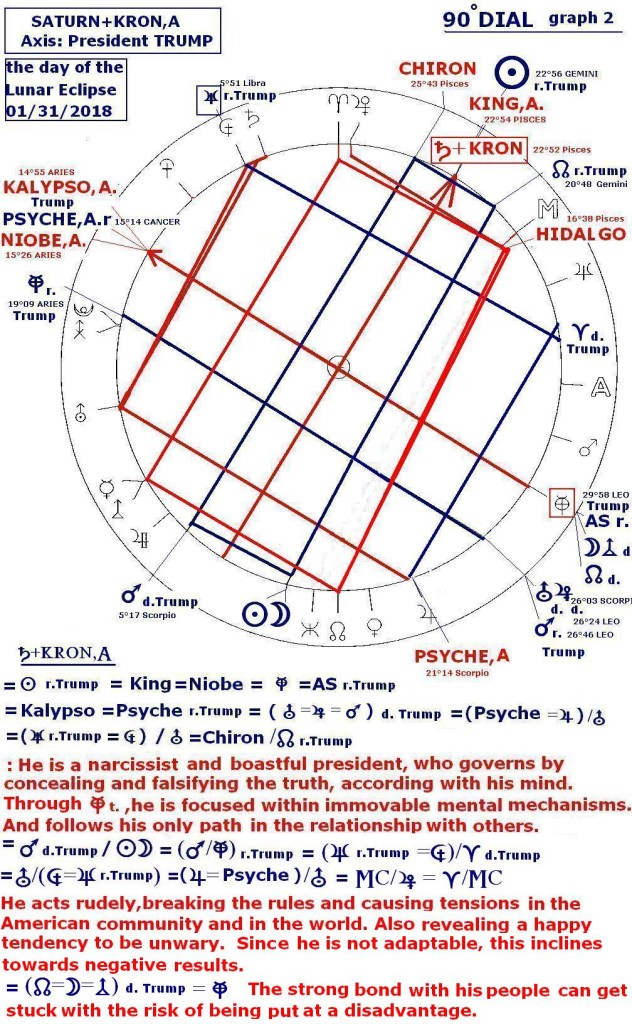 Graph n. 2 positions the planetary picture SATURN + Ast. KRON in transit on the Sun and AS radix of the President TRUMP. Limiting ourselves to the comment on this axis (which is also linked to the Eclipse through the MARS direct (d). Trump / Eclipse), one of the possible readings is the following: if he does not make changes to the rigidity of his SATURN (in his radix chart: SATURN = SUN / MC), the pp. SATURN / Ast.KRON would close within a narrow vision. The mid-points on this axis seem to confirm an attitude to persistently pursue a model for him reassuring and repetitive (MC = Aries Point / ADMETOS).